As our client, you can rent the Puerto Banús Card along with the rental car, this gives you access to the interior of the port with your fabulous car rented on luxuryrentacar.cc.

By renting a car on luxuryrentacar.cc, you have the opportunity to park right in front of the restaurant you are going to visit, the boutique where you are going to buy or you can simply park inside Puerto Banús and go for a walk along its streets.

The entrance to Puerto Banús is exclusive, you cannot enter by hours, it is not a common parking, it is a very exclusive parking. Parking inside Puerto Banús gives you the peace of mind of parking in the safest place in Costa del Sol. 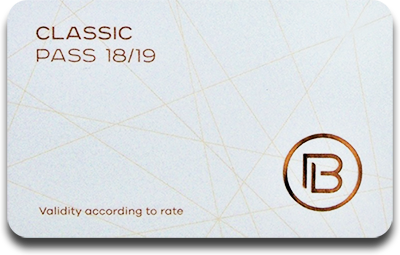 How to get it!

When you have made your reservation, contact us by phone to obtain this exclusive pass card

To get an idea of ​​what Puerto Banús is like internationally, let's tell you a little about its history:

In 1966 Alfonso de Hohenlohe visited the architect Noldi Schreck, who designed Beverly Hills. This visit was due to the request of Prince Alfonso for this architect to design the beach club of the Hotel Marbella Club. This first job in Marbella served to convince José Banús not to build skyscrapers but rather to give an Andalusian charm with a marina to the place. Together they managed to carry out the project and at its end José Banús became the most prestigious real estate developer in the entire Costa del Sol. In addition, the authorities of the time did not hesitate to name the port with his surname, which today remains, Puerto Banús.

The port opened to the public in the year 1970, with the attendance of the most relevant European royalty, in addition many important families also wanted to attend an opening that had a worldwide repercussion in society.

The crush of Don José Banús with the Saudi royal family was immediate. In the seventies, Salman bin Abdulaziz, governor of Riyadh together with his deceased brother King Fahd, began to be regulars in Costa del Sol. In two years, 5 palaces were built on the famous Marbella Golden Mile. At the same time they bought 6 marshlands in Puerto Banús, settling with their yachts for long periods. This caused many of the royal families of the Persian Gulf to choose Marbella as a tourist destination, and specifically the area of ​​Puerto Banús.

We hope you appreciate that it is very important for us to always provide the most exclusive service to our clients.